The Company gets into trouble to free an step-sister from her curse! 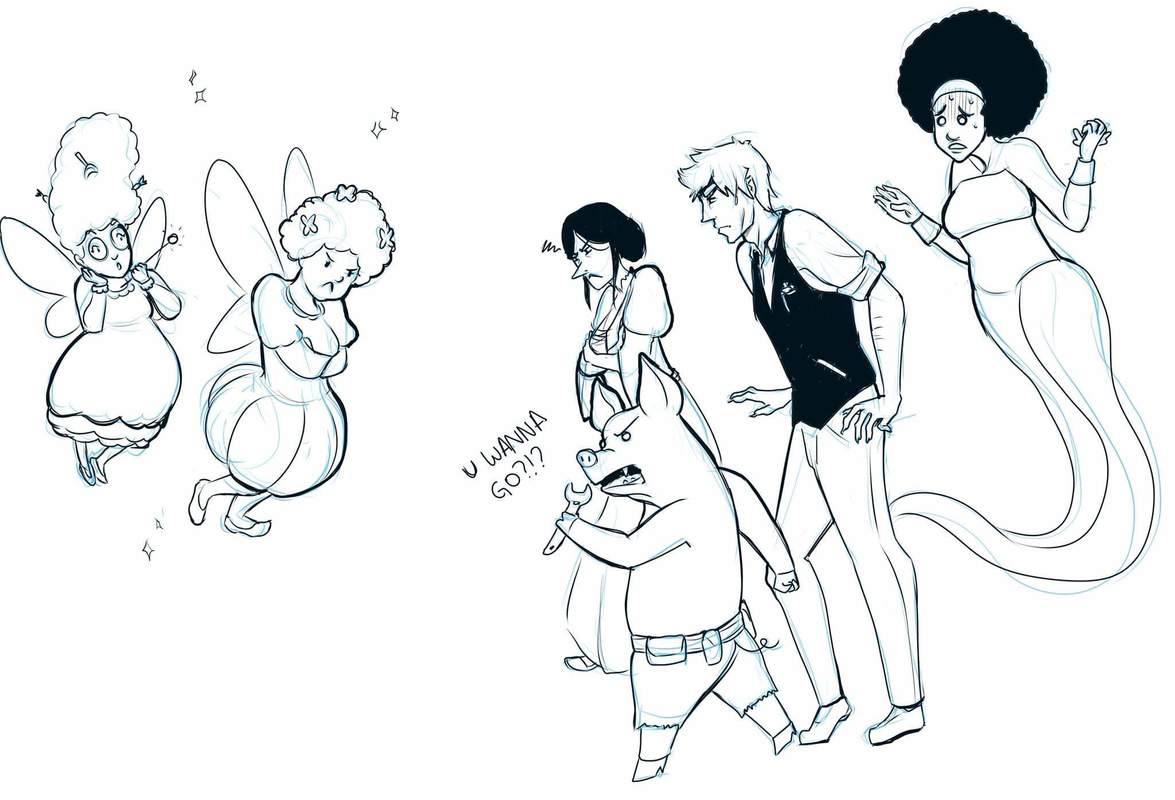 I’m running now the Pecked to Death adventure from the Loose threads book.

Everything started when I used Shimmer’s Stunt First Star I See Tonight (that allows her to detect Desires - even Heart’s Desire - almost instantaneously) to say that someone needed help. They got into the local city and was found by Elda’s Aide and Maid that conducted The Company to Elda’s house. Julian chose to take guard while the others entered the Room. Contessa Sara had started to talk with Elda about what happened, and that had somewhat Compelled her into her Tension, as she is torn between the Truth that she need to discover about who she really is (beside here mother’s training), or the “Lies” about her being a Contessa and so. I pushed it to the Truth, as she saw she had a lighter fate than Elda, although she had some time with an abusive mother and so. But although she saw this, they negotiated for the reward for the mission.

Everything checked, Sara and the others gone to the Castle to talk with Marra, Elda’s stepsister and Queen of that Kingdom (I’m working the setting into a Hercules/Xena system, a.k.a. Monster of the Week formula). Marra talked her version and explained that she left the cottage were Elda lives for her and paid from her resources for the Aide, She gave the glass shoe for the Company to help them to find the Fairy Godmother. As the (in theory at least) more powerful magic user in the Company, Shimmer was the responsible to use the glass shoe to find the way into The Dark Forest for the Company. Before getting into the Forest, Sara used an Aspect to describe herself disguising as a sheperdess and heard a little about Parlament of the Rooks…

That eased somewhat things for them, so I put a battle for them with a big bear after Prático, a little paranoid, had made a Bird expelling whistle (he was enough on that m--------ing birds on that m--------ing forest!). However, Fang (Julian was already “sacked” from the Company, turned into a NPC and stayed in the City) had no problem to, even after being hit by a Sneak Attack from the bear, hit him wit just one hit and take it down, making it run away… In the meantime, they heard some chirps in the forest, but Sara chosed to just forget the chirps and go for the Fairy Godmothers’ Conclave.

They found a glade with some Gypsy-like wagons, and then they found Miriva. Sara and the others talked a little with her, and Sara accepted The Promise to Help Iron Henry. With this, Miriva made the Protection Amulet that was given to Shimmer.

However, they were found by the other Fairy Godmothers, that, as Stubborn and torn between Judgement and Caregiving, chosed to avoid that that pesky Genie (Shimmer) and those Mortals (the others) could get out with some of their secrets without passing into the Professional Dilemma. Prático, that has an Aspect against magic, had chosed to go against the Leader of the Godmothers, and she hit him into Prático’s tension, that he pushed to Vendetta, and she put him into a Curse, turning him into a REAL, snorting, oinking, four-feet, pig (in the setting I was considering Prático and Fang as anthropomorphic half-human, half-animal beings) as a way to make him a little more humble (although the player wants to build, someway, a exoskeleton for his oinking form… without magic). Shimmer thought into the Alladin experience and solved the Professional Dilemma for the group, and they where free to go, althought she was one of the only people into all the adventure that talked Sara’s name without the honorific she gave for herself as Contessa.

The Company get out the Conclave, all of them but Shimmer very pissed off with the Leader Fairy Godmother, but with the amulet. Now they need to get back into the City…

… and also deal with Sara’s Promise and Prático’s Curse.